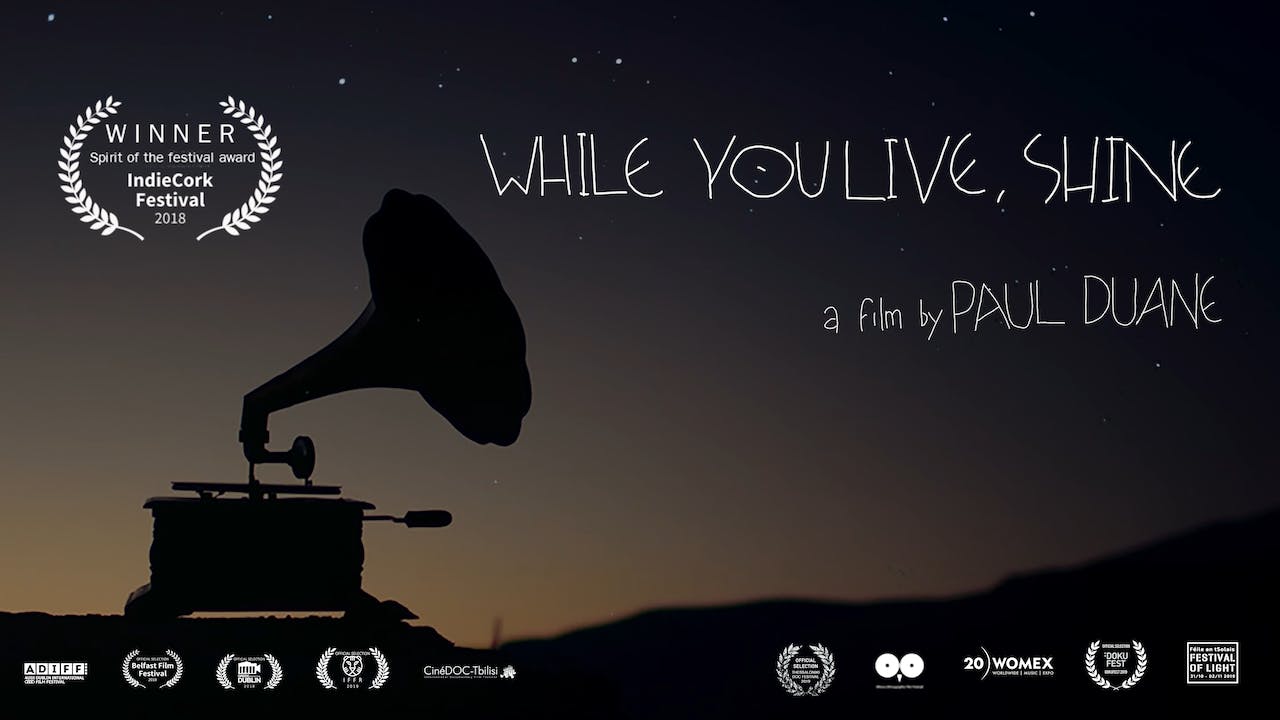 While You Live, Shine

A moving, powerful journey deep into the oldest music in the Western world, guided by the eccentric musicologist who has dedicated his life to understanding & preserving it. An immersive sonic & visual feast that leaves the viewer feeling they've looked into a way of life that the 21st century has left behind. A call to arms for a different way of listening to music, understanding humanity and living as a community.

The world’s oldest mourning song, the mirologi unchanged in the mountain villages of Zagoria, a part of the ancient Greek province of Epirus, close by the Albanian border.
For three days every year, an unceasing festival of song is held there, its purpose: to heal life’s wounds for all who hear it and dance to it. For one man, it became a path from death, back into life.

“Love your life, and live it, but remember the dead, and that you won’t always be here.”

The music of Epirus is played so that people can dance to it, drink and be transported from their troubles, while also remembering their loved ones who have passed on.

"There's a magnificent match cut at an early juncture of While You Live, Shine -- from a microscopic view of the grooves in the 78 RPM record supplying the film's soundtrack to the craggy landscape of the Greek mountains from which the music comes--that demonstrates in an instant this wonderful documentary's innate understanding of the power of art to transport us."
--𝘙𝘰𝘯𝘢𝘯 𝘋𝘰𝘺𝘭𝘦, 𝘚𝘤𝘢𝘯𝘯𝘢𝘪𝘯--