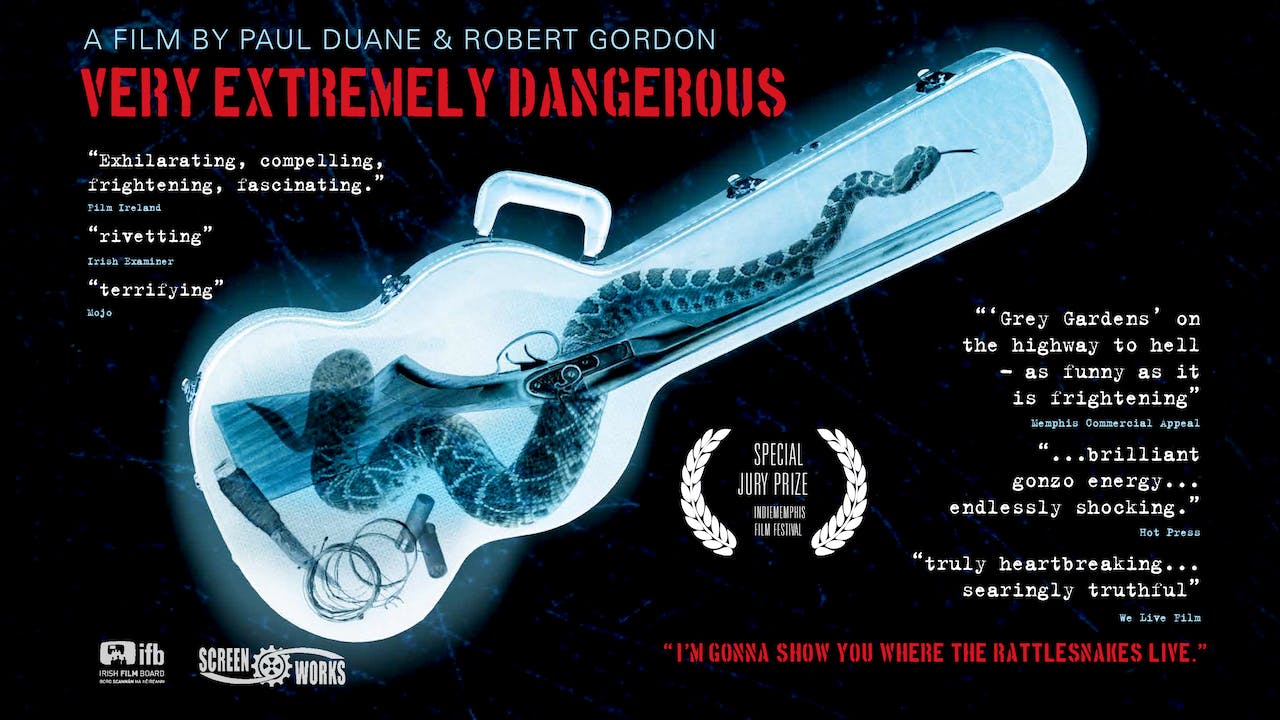 Jerry McGill slipped from a rock'n'roll career into a life of crime, robbing banks and running from the FBI while touring with legends of country music and appearing in movies. After three jail sentences (under two different names), aged 70 and suffering from terminal cancer, he announced his return to recording. We followed a heavily armed McGill and his fiance Joyce through four states as he stole whatever's not nailed down and charmed his way into and out of trouble. But when you point a camera at a man who will do anything for notoriety, how responsible are you when he goes too far?

"Can such a lost soul ever be redeemed? Duane skilfully leaves it to the end to suggest an answer. This is eerily watchable ..."
--𝘋𝘢𝘷𝘪𝘥 𝘎𝘳𝘪𝘵𝘵𝘦𝘯, 𝘛𝘩𝘦 𝘛𝘦𝘭𝘦𝘨𝘳𝘢𝘱𝘩 (𝘙𝘰𝘵𝘵𝘦𝘯 𝘛𝘰𝘮𝘢𝘵𝘰𝘦𝘴)--

"Very Extremely Dangerous will charm you, sure, with the sight of Jerry McGill singing and strumming in a hospital waiting room as a fellow patient thumbs through a back issue of the print version of WebMD. There’s also McGill pillaging a pile of ten-cent junk in the middle of a dirt field, coming away with a pair of boots, a cane, and a gigantic carnival-prize stuffed animal with bright, gaping eyes."
--𝘙𝘦𝘣𝘦𝘤𝘤𝘢 𝘉𝘦𝘯𝘨𝘢𝘭, 𝘛𝘩𝘦 𝘗𝘢𝘳𝘪𝘴 𝘙𝘦𝘷𝘪𝘦𝘸--